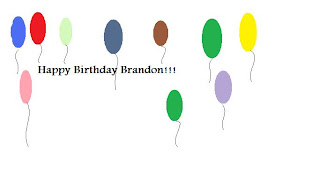 Well, somewhere between studying like crazy and several difficult exams I totally spaced posting a blog for my little bro's birthday. Well Brandon, I hope you accept my lame apology enjoy this post. 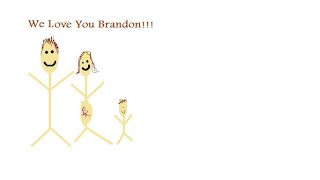 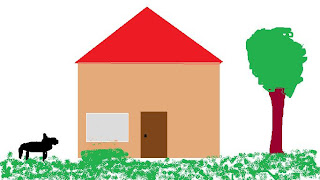 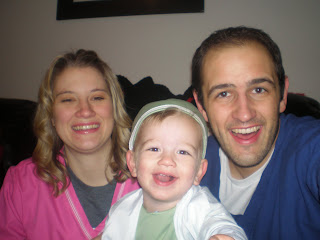 Last Night we had so much fun taking Blake trick-or-treating. When we first started we would take him to the door and he would just stand there and stare at the people when they opened the door. As we got into it he would start knocking on the doors and try to open them before the people answered the door. There were a few times where they opened the door and he would fall inside the house. Whenever Blake saw a dog he would try to go into their house and forget all about the candy. He was so much fun and wanted to walk the whole time. We were out for about an hour before we were all frozen and had to come home. We decided on Blakes costume in honor of Ryan's first year at school here and then I thought to myself........We could all wear scrubs. I was so excited because I would be comfortable walking around, Ryan is used to wearing them and Blake just looked so darn cute in them. Here are the pics from last night. 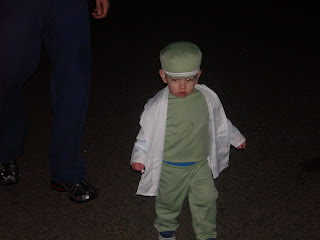 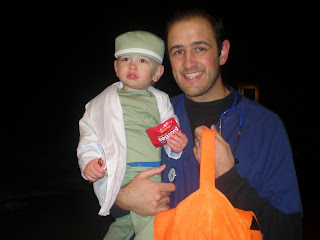 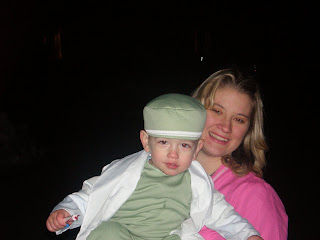 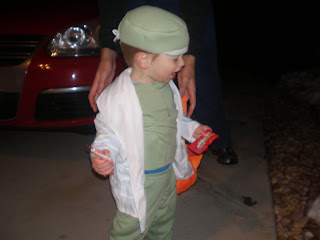 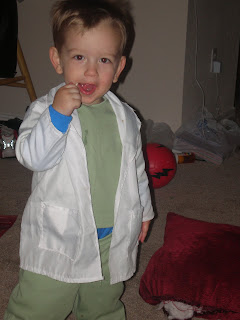 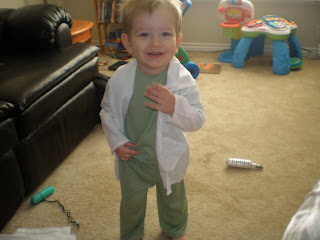 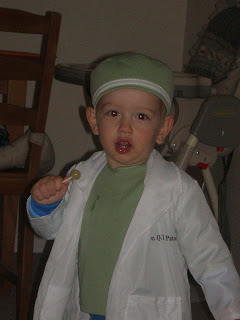 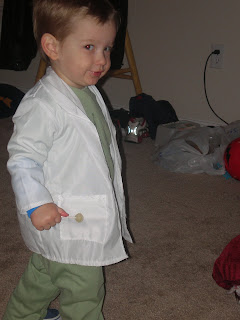 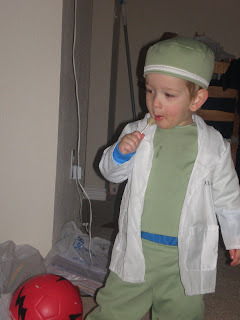